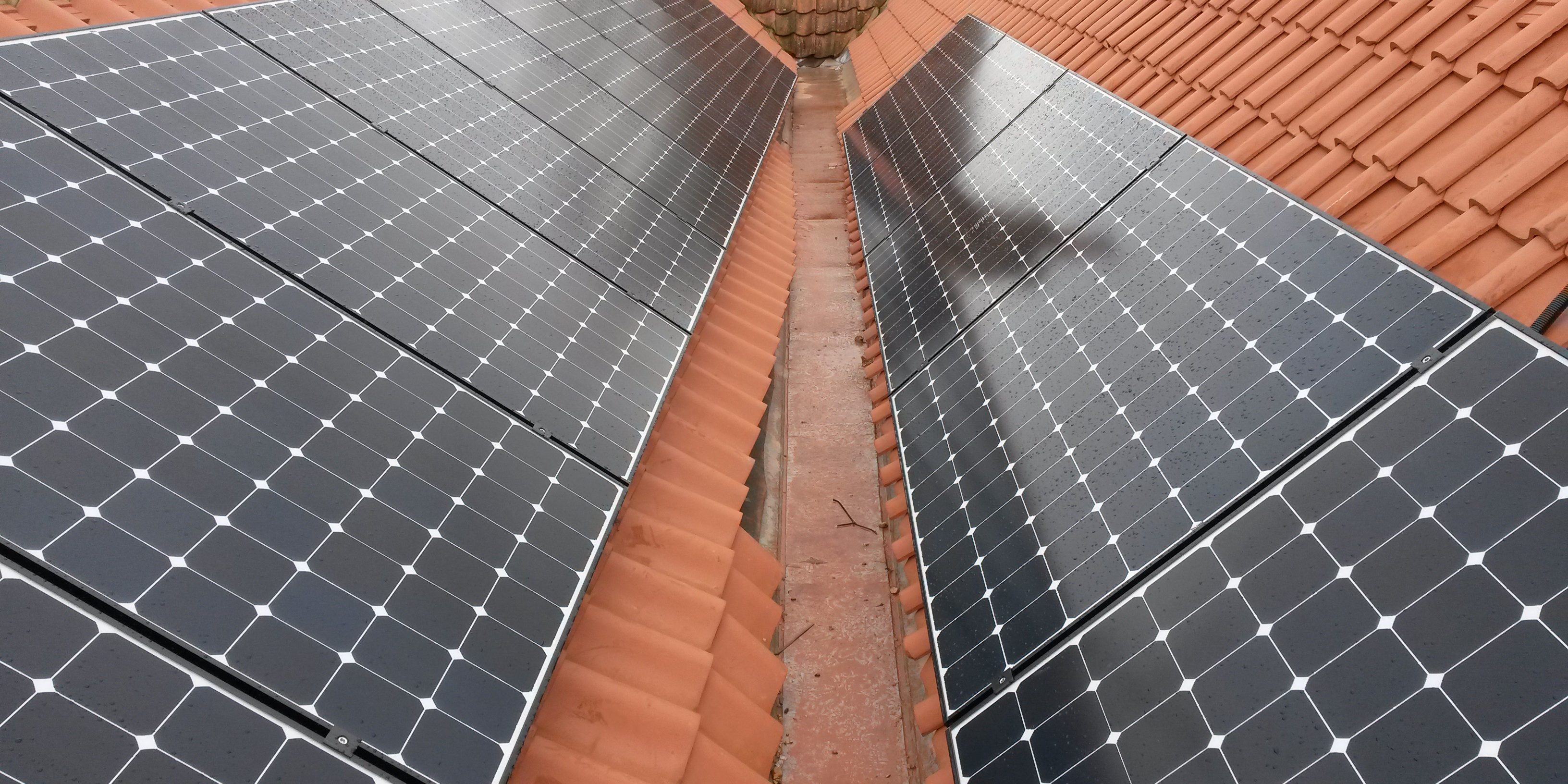 Project details:
We were contacted by a local building firm who were working on the Mildenhall Museum which was built in the 1950’s. The Museum was undergoing improvements and the client was interested in having Solar PV Panels on the roof which would reduce their energy bills. The building firm were eager to have us work with them on this project as we have ample experience in renewable installations, especially Solar.

Roly visited the museum to meet the client and carry out a site survey; he calculated that 30 panels could be installed on the East/West facing roofs producing up to 7181 Kilowatt hours per annum. Roly explained how the Feed-In Tariff (FiT) works and calculated that they would earn approximately £1,600 per year for 20 years from the Government Scheme.

Roly came back to the office and designed a Solar PV system that complied with the best-practice guidelines and also adhered to the Microgeneration Certification Scheme (MCS) standards which would allow for the customer to apply for the FiT.

The client was pleased with the system details and quote received and was keen to proceed with the installation. The client was excited to have BenQ 327Watt Solar panels installed instead of the usual 240 or 250Watt panels. The BenQ panels are at the bleeding edge, right at the forefront of technology.

Mike, Tom and Liam completed the installation in just three days. Our professional team of engineers kept the site tidy and the scaffolding was positioned so the museum could run as normal.

The three inverters which convert DC electricity produced by the solar panels into useable AC power were positioned in an office inside the Museum.

The solar power is used for all electrical appliances such as lighting, extractor fans etc and their gas boiler is still used for heating and hot water.

This system is currently our largest Solar PV installation!

Testimonial:
“We found Eco Installers to be reliable, helpful and tidy workers. They kept to their time schedule and organized their scaffolders to work with a minimum of fuss” – Stephanie Palmer (Chair or Mildenhall Museum).